This course is presented by Captain Thomas Bliss, EMR of Northwest Response at the Wagner Education Center at The Center for Wooden Boats on the shore of South Lake Union in Seattle.

"Believe me, my young friend, there is nothing -- absolutely nothing -- half so much worth doing as simply messing about in boats."

~Wind in the Willows by Kenneth Grahame.

Messing about in boats is about the most enjoyable part of living in the Pacific Northwest.   However, when you cast off the lines and get underway, even the simplest of injuries can lead to a very miserable journey.

Knowing what to do in the event of a simple injury or the unthinkable life treating medical emergency are essential skills that every boater must possess. There is no 911 at sea, and help could be hours away even if you are only a few miles off shore.

This course will help you acquire and/or refresh vital First Aid Skills.

Don't take a chance; learn to save a life today, and have fun while doing it. 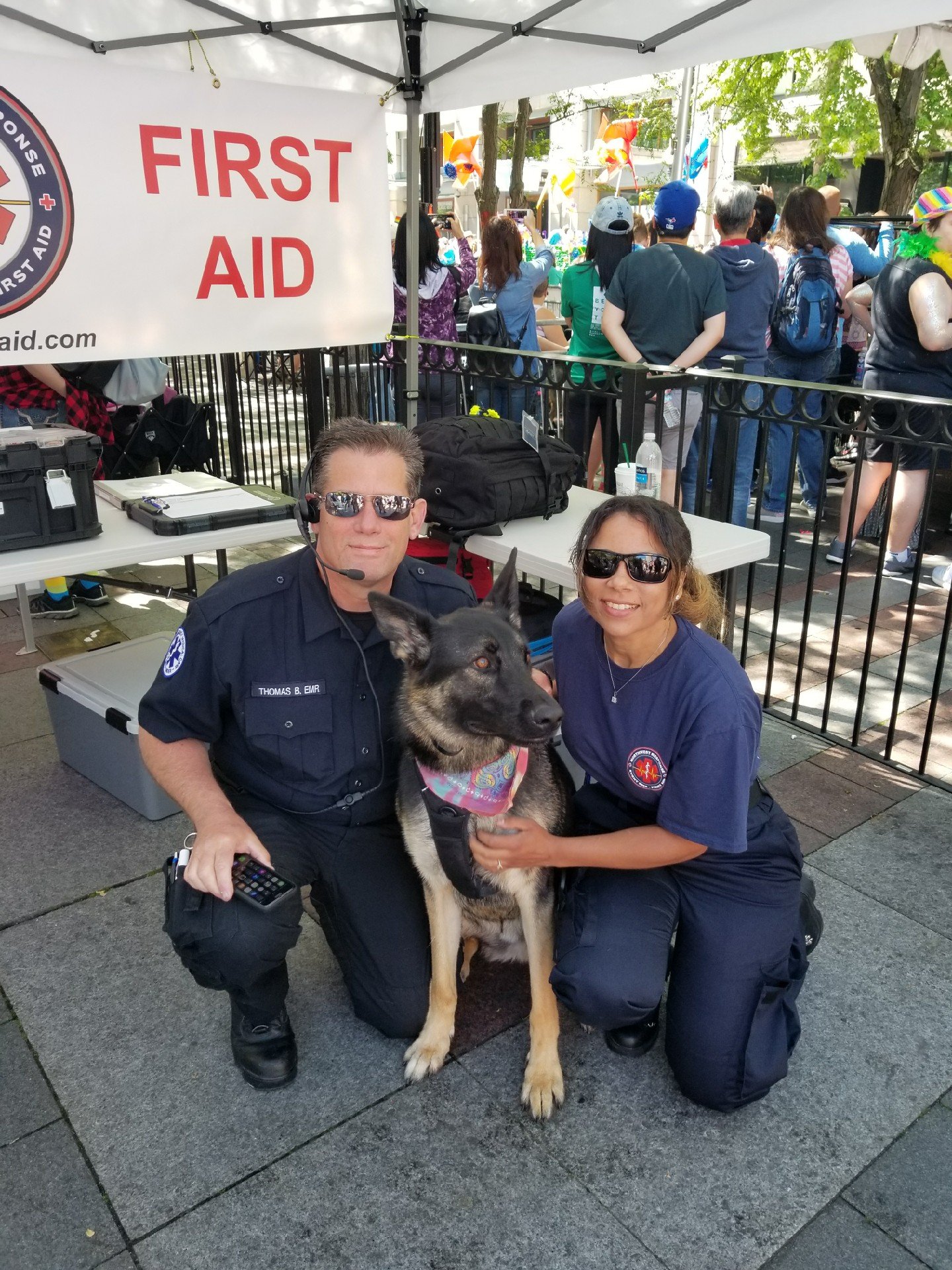 Head, Neck or Back Injury

USCG and other HELO Ops/MedEvac

Captain Bliss is a Licensed USCG Master Mariner who has resided for twenty seven years in the Maritime Community of Gig Harbor, Washington. He dedicates his time to educate professional mariners, and recreational boaters with a career highlight of completing an essential shipboard Emergency Medical Response training for the crew of the newly christened 269′ National Geographic, Lindbald Expedition vessel “Venture.”

A former Assistant Director for Fremont Maritime Services/India Tango; he specialized in Maritime Safety and Response Training. And, as a cold water survival expert; traveled to the far reaches of the planet including the Beaufort Sea, 270 miles north of the Arctic Circle to teach cold water survival to seismic ship-board exploration crews.

Captain Bliss continues to honorably serve with the United States Coast Guard Auxiliary as a COXSWAIN, the Flotilla Commander for the Bremerton Flotilla 4-5, the USCG AUX Gig Harbor Detachment Leader, and also serves as a Flotilla Staff Officer in Member Training (MT) in the 13th Coast Guard District.

Thomas established Northwest Response (NWR) in 2012, and serves as Director of this Lay-Responder Medical Training Enterprise which is an Event Stand-by EMS service that provides care and medical coverage to thousands of event patrons from marathons, music festivals up to and including large and small private corporate events. NWR also specializes in on-site First Aid, Bloodborne Pathogen, and Asbestos Training as well as providing Respiratory Fit Testing and Certification for numerous companies throughout the Puget Sound area.